Bipolar Disorder explained in a Nutshell

Formerly known as ‘manic depressive illness’, bipolar disorder is a general term that, according to the Diagnostic and Statistical Manual of Mental Disorders (DSM-5), comprises a cluster of related disorders that are characterized by distinctive and extreme shifts or cycles, in mood. These moods oscillate between varying degrees of two poles: mania and depression, or ‘highs’ and ‘lows.’

Manic states are typically marked by elevated, expansive or irritable moods and increased energy; feeling overly happy and optimistic; being highly talkative but with pressured speech; or having an inflated self-esteem and/or feeling grandiose or religious, as if on a mission directly from God. 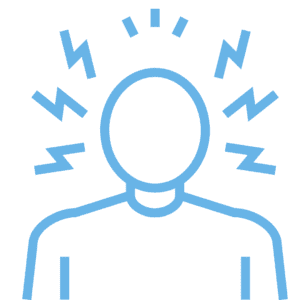 There’s often little need for sleep, since it’s common to feel rested after three or four hours, but the mind is always racing with ideas and distracted, which can lead the afflicted to take part in high risk, dangerous, or potentially painful activities, such as drug and alcohol abuse, high risk sex, extra-marital affairs, and extravagant spending sprees.

Mania is much more than feeling up, happy or energetic. It can be life-threatening and highly destructive, with some manic symptoms being severe enough to cause marked social or occupational impairment or require hospitalization to prevent harm to self or others. And it is driven in large part by the over-production and distribution of critical chemicals that create and regulate mood, most notably dopamine and endorphins. 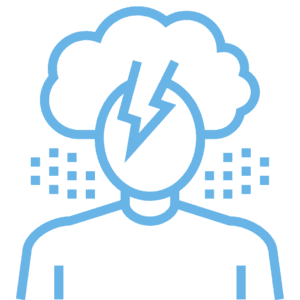 The lows of depression, meanwhile, often result in decreased energy, diminished interest, worthlessness, hopelessness, lack of focus, and recurrent thoughts of death. A depressed person is depressed most of the day, nearly every day, and often feels sad, empty, and hopeless. They have little interest or pleasure in most activities, and often have significant change in weight or appetite.

But depression is much more than having a bad day, or feeling down, low, or sad. True medical depression is a life-threatening condition that inspires recurrent thoughts of suicide. The mirror opposite of mania, it is driven in large part by the under-production and distribution of those same critical chemicals that create and regulate mood – once again, dopamine, endorphins, and others.

The afflicted person didn’t ask for it, and it’s not their fault. So we must treat it as we would a person with cancer, heart disease or a broken leg — recognize it, get medical help, diagnose it, treat it, heal it, and get them back to a healthy, happy life. And we don’t criticize the cancer patient — we love, support and help them. Those struggling with mental illness deserve and need the same support.

That said, a person afflicted with bipolar disorder – through forces largely outside of their own control – may damage, harm and erode relationships, sometimes like a human wrecking ball, in their marriage and family, with friends, and with colleagues. I believe that the millions of Americans afflicted with bipolar disorder, who have harmed relationships while in a state of mania or depression, regret that these relationships have been damaged, including me.

This series of blogs tells the story of a general’s service and success, followed by mental health disaster and recovery, then new life. The purpose is to raise understanding, build hope, and help abolish the stigma.

The views expressed are those of the author and do not necessarily represent the views of the Department of Defense or the US Government. This piece was originally published in Task&Purpose.