Focus on HIT-CF in EU: Personalized Medicines for Rare Mutations 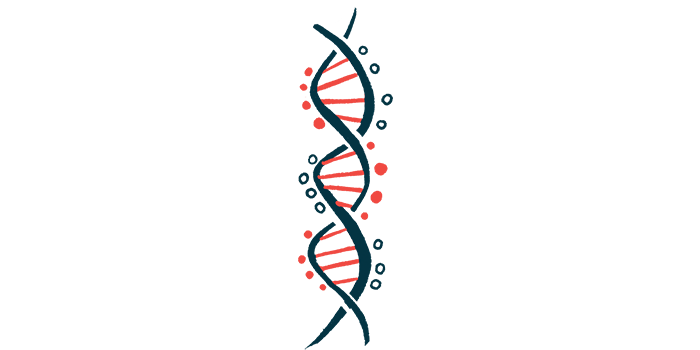 “We hope that within five years, these patients will have new drugs,” Kors van der Ent, MD, PhD, professor in pediatric pulmonology at the University Medical Centre in Utrecht, in the Netherlands, and coordinator of the HIT-CF project, said in a press release.

More than 2,000 genetic mutations lead to defects in CFTR, a protein that normally regulates the flow of water and salts in and out of cells. A faulty CFTR protein results in the damaging buildup of thick mucus in the lungs, intestines, liver, and pancreas that is the hallmark of CF.

“Thanks to these drugs, in some patients there’s a lung-function improvement of 30–40% and life expectancy can increase from the age of 30–40 to 60–80,” van der Ent said. “In other words, there can be a normal life expectancy,”

However, CFTR modulators are only tested in, and available to, those patients who carry the most common mutations, which occur in 80–85% of cases. This means that for 15% of people with CF — estimated at more than 5,000 patients in Europe — the disease remains untreatable. These patients must rely on therapies that only address symptoms.

Among this group are those with ultra-rare CFTR mutations that occur in one or two people worldwide.

The HIT-CF project, launched in 2018, is focused on developing new approaches for testing potential therapies by using mini-organs — called organoids — created from stems cells from patients with rare forms of CF.

“This study is giving people who have been excluded from clinical studies the chance to be recruited for a study and to find medicines that will tackle the causes of their disease,” said Elise Lammertyn, PhD, head of research at the European federation of national CF patient organizations Cystic Fibrosis Europe, a partner in the HIT-CF project.

‘There are quite a few (conventional) clinical trials going on in Europe for cystic fibrosis, but most of these are only open to those with the most common mutations of the disease, and the 10-15% of people with ultra-rare mutations are left out in the cold,” Lammertyn added. “This new study is about personalized medicine at its most innovative.”

Scientists involved in the project are extracting tissue samples from the rectum of these patients, isolating stem cells, and growing mini-intestines. These genetic replica organs can then be used to evaluate personalized responses to potential medicines. So far, organoids from 500 European CF patients have been grown.

Testing therapies in organoids eliminates safety concerns for the patient, and large numbers of potential medicines, either alone or in combinations, can be quickly screened in a highly efficient manner, which would save both time and cost.

“We’ve asked pharmaceutical companies to hand over drugs from their development pipelines so we can test these compounds against the organoids,” added van der Ent. “These drug candidates target the basic protein defect involved in cystic fibrosis.”

“What is special about this work is that it means we can create highly personalized treatments for patients with rare mutations,” van der Ent noted. “What’s also special is that we can mix and match compounds from different companies to see if patients are responsive to a certain combination of drugs.”

Starting in April of this year, clinicians will begin evaluating compounds that have been shown to be effective on organoids.

In partnership with other CF researchers, van der Ent also plans to launch Fair Therapeutics — a company that will use the organoid technology to bring therapies to all CF patients at affordable prices.

“In a sense, we’ll be competitors to big pharma, but actually, we will all be working towards the same goal of reaching all CF patients,” van der Ent added.

To reach this goal, HIT-CF scientists will need to obtain permission from the European Medicines Agency to approve organoid testing beyond the current study.

“It will be very helpful to have a test in the lab that can be used in conjunction with less lengthy clinical trials to prove the effectiveness of drugs in small groups of people,” van der Ent said. “It will highly speed up the pipeline of new drugs for all kinds of diseases, not just CF.”

“It could even be used as a predictive tool for cancer treatment: you do a biopsy of a tumour, add chemotherapy and other drugs to the organoid, and then use the most sensitive treatment on the tumour,” van der Ent noted.

The post Personalized Medicines for Rare Mutations Are Focus of HIT-CF in EU appeared first on Cystic Fibrosis News Today.

Read More
Did you miss our previous article...
https://disorders.solutions/cystic-fibrosis/the-risk-factors-for-sleep-apnea-differ-in-children-and-adults
newstodaypediatricpulmonology