A complete analysis of the CFTR gene, which is defective in cystic fibrosis (CF), identifies potential disease-causing mutations that would be missed .. 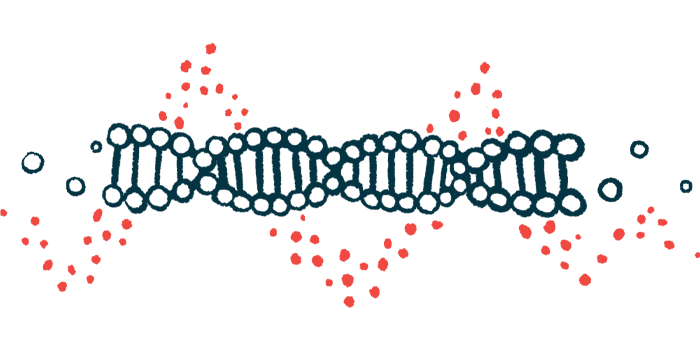 A complete analysis of the CFTR gene, which is defective in cystic fibrosis (CF), identifies potential disease-causing mutations that would be missed by standard testing, as well as variations that may explain differences in disease course and treatment responses, a study of more than 5,000 CF patients shows.

Still, nearly all (99.6%) patients carried a least one known disease-causing mutation that is covered by current or emerging treatments, highlighting that standard genetic analysis for those mutations already provides clinically relevant information for most patients.

Full CFTR analysis may be more relevant in diagnosed patients who lack known disease-causing mutations, or who show an unexpected disease severity and/or response to CFTR modulators based on their genetic information, the researchers noted. CFTR modulators work by correcting CFTR protein’s functional defect caused by specific mutations.

The study, “Complete CFTR gene sequencing in 5,058 individuals with cystic fibrosis informs variant-specific treatment,” was published in the Journal of Cystic Fibrosis.

Genes consist of alternating pieces, exons and introns, with exons alone containing the information necessary to generate proteins. In a process called splicing, introns are cut out and exons pieced together, as in a puzzle, in an intermediate molecule derived from DNA that is used to guide protein production.

CF is caused by mutations in both copies of the CFTR gene, which provides instructions to produce a protein channel of the same name that controls the flow of chloride ions and water through cells. Standard genetic testing to confirm a CF diagnosis usually looks for the most common mutations or involves a complete analysis of CFTR’s coding region.

Typically, no further analysis on the CFTR gene is performed beyond variants identifiable by testing, even if two disease-causing variants can’t be found.

This means that the genetic mechanisms underlying the disease remain unclear for some patients, as well as the potential presence of additional CFTR variants in those with two known disease-causing mutations.

This type of information is key to improve understanding of the association between a person’s genetic background and CF symptoms, disease course, and treatment response.

Now, a team of researchers in the U.S. analyzed CFTR’s complete sequence (exons and introns) in 5,058 people with CF from five studies. Patients’ clinical data were collected from the CF Foundation Patient Registry and/or extracted from paper charts.

Their approach involved three phases: screening for known mutations, discovery of new variants predicted to result in a nonworking CTFR protein, and investigation of remaining mutations.

Results showed that the comprehensive genetic analysis identified 371 unique CTFR mutations, of which 273 (73.6%) were deemed causative of disease.

Based on their intronic location or unusual type, the team estimated that 17 (4.6%) of all identified mutations would have been missed by typical genetic testing. Twelve of them were found to cause or likely cause CF, “thereby providing clinically useful information for the 84 individuals who bear them,” the researchers wrote.

The analysis also allowed the identification and characterization of 18 structural mutations (including rare cases in which a DNA portion is in reverse orientation), “two of which had not been previously reported,” they added.

As such, nearly all patients (99.6%) “had at least one variant that could inform the choice of existing or emerging molecular- or gene-based treatments,” the researchers wrote.

Moreover, 18 additional variants of uncertain effect were detected in patients carrying the most common disease-causing mutation, F508del, in both gene copies. Four additional combinations of variants were found in 21 patients with CF-causing mutations other than F508del.

Thirteen of these 22 variant combinations had not been previously reported.

These findings highlight that complete sequence analysis “provides the highest resolution map of variation in CFTR that resolves the genetic basis of CF for the vast majority of individuals in this study,” the team wrote.

While additional CFTR variants do occur in patients with known disease-causing mutations, they are uncommon, and therefore “for most situations, the CF-causing variants faithfully explain the mechanism of disease and can inform therapeutic options, whether available or still emerging,” the researchers added.

However, in diagnosed patients who lack two known disease-causing mutations after conventional genetic testing, or whose disease severity or response to CFTR modulators varies from that predicted by genetic variants, “full gene sequencing may be particularly useful in providing insight into underlying genetic mechanisms or patterns and allowing for further exploration of variable expressivity or differing disease presentation,” the team concluded.

Read More
Did you miss our previous article...
https://disorders.solutions/cystic-fibrosis/words-between-worlds-enhancing-crossclass-communication-in-medical-spaces
cysticfibrosisbemissed