It is a privilege that someone so young should be so sick.

“It’s not very romantic, swaddled in sweaty, soiled hospital blankets. It’s slow, it’s ugly. And it could happen to anyone — anyone — and likely will ..

Professor Paul Lyons had been wondering aloud to our writing class why the Reaper’s most prized blade remains suspiciously absent from literary epics. The good and beautiful man, may he rest in dearly deserved peace, spoke from intimate understanding. He’d endured melanoma’s gradual, relentlessness creep for years. Once bronzed and strong, he’d faded to pale and sagging.

I remember he caught my eye then, to flash that grin, you know, the one shared between terminally ill people as they muse morbidly while others squirm in their seats. He was right: People really don’t like to discuss matters of sickness and death, do they?

My Invisible Illness Is Valid

To the relief of many, he ended class. Obedient to our tradition, we walked slowly to his office.

“A little in my head today.”

Paul let the pause rest a good while.

Earlier, Dr. Herbert Ziegler‘s piercing eyes stared me down while we stood on his office balcony. “Such a pity,” he wheezed in his German accent, “that someone so young should be so sick.” The Holocaust history professor had cancer, but that couldn’t stop him from puffing his vice. Smoke drifted into my nostrils. I fixed my eye on his white hair and the wrinkles beneath.

Later, in Paul’s office, I shared a hollow monologue about realizing I’d never get white hair or wrinkles or a romantic story, much less a happy one. My sole possessions were pain and pity.

Paul stretched and said, “Well, that was good writing, what you just said there. Keep at it and maybe you’ll find your happy ending.”

A happy ending felt like an impossibility, though. Besides, we all know the best books don’t have happy endings, right? We’re addicted to tragedy. I thought back to an old writing teacher who told me happy stories are the hardest to write. “No one wants to read those,” she said.

I ran with that advice for a long time, writing only about the hurting, anguished, suffering stuff.

It’s been six years since my professors’ observations. Weeks later, I was struck deaf and slipped deeper into my tragedy. (Paul continued our conversations, writing on napkins and notepads.) Soon after, septic shock destroyed me. Though I survived, my body broke and trauma haunted me. Everything hurt. Not a happy ending.

But God seems to like my writing, so he gave me a second shot at landing my ending. My teacher was right about joyful writing being a tough nut to crack. But I’m trying. Only recently have I gained the confidence to write my truth without feeling ashamed (survivor’s guilt, love it) or boring; I’ve lived years of intense joy now.

Doctors traded my lungs for healthy ones, restored my hearing, and started saying phrases such as, “We expect a long life.” My aching faded, and — strangest of all — peace enveloped me.

Though doctors have high hopes for me, I know life and death are abrupt. But when we look death in the eye, grins on our faces, we find it isn’t so bad. Embracing my mortality and suffering taught me a special kind of resilience, one that’s instilled in me the yearning to hold each moment as precious and beautiful. 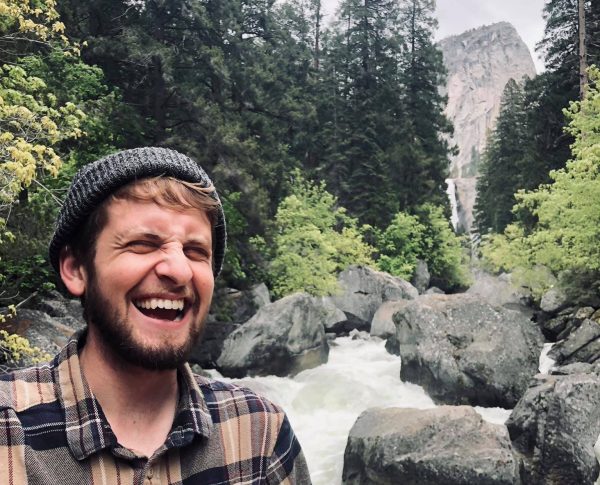 Such a privilege that someone so young should be so sick. Through the breaking, he became whole. I could not have imagined, that day in Paul’s office, that I’d one day write a column named “Victorious.”

In spring 2018, I contacted Paul. That day felt really good — everyone was beautiful, the sun was bright, I had a hop in my step — and I wanted to tell him so. I informed Paul about my position at BioNews, the publisher of this site — I help others with chronic illness write — and I told him he’s the reason I pursued that job. I told him I was really so very happy. I envisioned that grin of his, but that it responded to life instead of morbidity. In a voice weaker than I’d remembered, he told me that news did something special to his heart.

There’s something joyfully romantic to write about: eternal moments.

Note: Cystic Fibrosis News Today is strictly a news and information website about the disease. It does not provide medical advice, diagnosis, or treatment. This content is not intended to be a substitute for professional medical advice, diagnosis, or treatment. Always seek the advice of your physician or other qualified health provider with any questions you may have regarding a medical condition. Never disregard professional medical advice or delay in seeking it because of something you have read on this website. The opinions expressed in this column are not those of Cystic Fibrosis News Today or its parent company, BioNews Services, and are intended to spark discussion about issues pertaining to cystic fibrosis.

The post Such a Privilege That Someone So Young Should Be So Sick appeared first on Cystic Fibrosis News Today.

Read More
Did you miss our previous article...
https://disorders.solutions/cystic-fibrosis/p-aeruginosa-but-not-rhinovirus-worsens-lung-function-in-children
notverywonderingaloud