Brenda and Cesar Mendes’ company, CAM Construction, is a silver sponsor for the Solano County Walk to End Alzheimer’s. They became a sponsor to honor .. 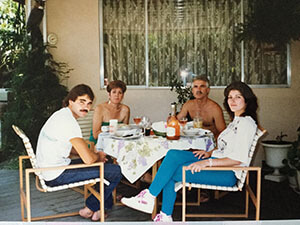 From left to right; Cesar, Maria, José and Brenda

A love of camping
Maria Mendes and her husband José were married for over 54 years and had two children. Maria was the life of the party. She enjoyed reading books, traveling and loved her four grandchildren and two great grandchildren.

“We used to go to Lake Berryessa every year for 45 years,” said Cesar. “I’ve been going since I was 10. We had some great times camping.”

Missing the signs
Maria began to show some signs of memory loss, but her family didn’t think anything of it. Memory loss that disrupts daily life may be a symptom of Alzheimer’s or other dementia. There are 10 warning signs and symptoms, such as difficulty completing a familiar task or challenges in problem solving. Maria showed both of these signs as well.

“We went on a camping trip and my mother-in-law couldn’t remember how to get out of her motorhome,” said Brenda. “We thought she was joking. Another time she got lost while driving.”

“My dad, mom, niece and nephew were at Disney World®,” said Cesar. “Dad turned around for one second and Mom walked away from them. They had to lock down the whole park. Luckily they found her an hour later.”

Taking care of Maria
Eventually Jose took Maria to a doctor. In 2010, Maria was diagnosed with Alzheimer’s disease. As the disease progressed Maria began to lose her mobility and ability to communicate. Brenda said, “It was hard to see such an outgoing person become so introverted.”

Jose was Maria’s primary caregiver. “Feeding her was a task,” said Cesar. “Dad had to lift her into bed, the restroom and the shower. He spent thousands of dollars on equipment. He even found a way to take her camping with a machine to get her in and out of the motorhome. He did everything he could for her.”

2021 marks their ninth year as a sponsor. “One in three people get some form of dementia,” said Cesar. “Hopefully we’re helping to find a cure by the time our grandkids get older.”

Additional fundraising
Brenda and Cesar aren’t just a sponsor, they also raise funds for Walk. “We reached out to our vendors,” said Brenda. “I reached out to our lumber company, and they donated $5,000. Every other year we’ll send something out about Walk. We don’t want people to think they have to donate to get our business.”

Brenda also created her first ever Facebook fundraiser for her Walk team this year. “I put it on Facebook too,” said Brenda. “I raised $300 from family and friends. It was really easy. I don’t know why I haven’t done it other years.” 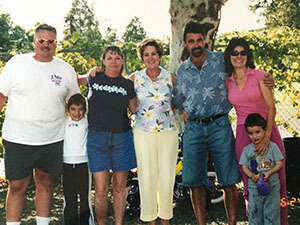 As of the posting of this blog, Brenda is the top individual fundraiser for the Solano Walk to End Alzheimer’s, having raised almost $6,000.

Sign up for Walk
Brenda and Cesar feel that by being a sponsor they’re doing their part to help find a cure. Their hope is that other people will join them in the fight to end Alzheimer’s. “Signing up for the Walk isn’t difficult,” said Cesar. “It’s a few mouse clicks. Even if you don’t fundraise, by showing up on Walk day you’ll help raise awareness.”

You can join Brenda and Cesar’s team, CAM Construction or form your own team and join us for the Solano County Walk to End Alzheimer’s on October 16. Not near Solano County? Register today at alz.org/walk to find out more about being a part of Walk in your community.

Read More
Did you miss our previous article...
https://disorders.solutions/dementia/dai-board-announces-the-resignation-of-ceo-kate-swaffer
silversponsorendalzheimer