Well, that headline should give us a peak on our dashboard But seriously, TheMSBlog is pleased to welcome ProfG back for a visit, persuaded by our..

Well, that headline should give us a peak on our dashboard

But seriously, TheMSBlog is pleased to welcome ProfG back for a visit, persuaded by our PPI member and MS editor-at-large, Rachel Horne, to discuss the hot topic of the day, or dare I say the past few decades, that is EBV and MS. Here is what they said:

“EBV/MS – We now know EBV is a major cause of MS. So what’s next? A vaccine, anti-virals… a cure? 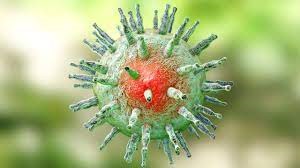 Multiple sclerosis (MS) was identified more than 150 years ago, and scientists have long suspected a viral infection could trigger the disease.

Since the early 1980’s, the Epstein-Barr virus (EBV) has emerged as one of the prime suspects.

However, establishing an association has been hard because almost everybody gets EBV – as a child or young adult – but only a tiny fraction develop MS. Plus the onset of the disease symptoms occurs on average, a decade, post-infection.

Then, a few weeks ago, Harvard researchers reported – after tracking blood samples from 10 million US military personnel – that the risk of developing MS increases 32-fold following an Epstein-Barr infection.

This is key because the study shows compelling evidence of the EBV link – thus opening the door to new prevention and treatment options for MS – plus an EBV vaccine. It even may lead to a cure for MS.

To understand more, I spoke with Prof Gavin Giovannoni, one of the world’s leading experts on the disease. For him, the paper’s publication has been bittersweet.

He is thrilled because the paper offers “extremely compelling” evidence between EBV and MS. But he’s also frustrated it has taken so long for the wider MS community to acknowledge the association.

Giovannoni first became convinced the virus was a trigger for MS in 1999 after Danish researcher, Sven Haahr presented evidence linking the two at a Brighton conference.

“I came away from that meeting convinced – saying ‘It’s obvious EBV is the cause of MS.’ But not everyone else agreed and here we are over 22 years later still debating it.”

What do you think of the study?

I don’t want to criticise this paper, because it is a very good paper – but it’s not that new. The Ascherio group showed the same thing more than a decade ago in a study using a smaller group of US military personnel.

What’s important is that it’s by far the biggest study in the world. It proves that everybody – or virtually everybody – who gets MS gets EBV. And they get the EBV infection before they get MS. That’s the key thing.

Do you think it will change things in the MS community?

I am confident there has been so much noise, so much media attention and so much positivity about this study that the funding agencies will want to fund research around EBV and MS. Before we hit a dead wall.

Why has it taken so long to establish the link between EBV and MS?

One of the problems of causation theory is that it’s not a black and white, light-switch, eureka moment ‘This is the cause of MS’. It takes years and decades of science and public engagement to convince the community that this is the cause.

What are the next steps?

I want to go to the researchers behind the development of MS disease-modifying therapies and to get them to interrogate these treatments on EBV biology.

I would also like to collaborate with cancer specialists. EBV research has been very well-funded in cancer because it’s been tied to Hodgkin lymphoma, Burkitt lymphoma and nasopharyngeal cancers; so I would like to see if the single-cell techniques they have developed for these diseases would apply to MS and improve our understanding of the role EBV plays in MS.

I also would like the MS community to fund trials of drugs we know work against EBV in MS and to get behind the development of new anti-virals – which penetrate the central nervous system (CNS) to target EBV.

Finally, I would also like to see an international effort on vaccine studies. For that we need massive investments which may come from governments and vaccine companies.

I am hoping BioNTech (the German company which used RNA technology to develop the Covid-19 vaccine) will join the fray along with Moderna, who are testing a vaccine, and two other companies.

There is much talk about developing an EBV vaccine. Do you think it will be developed in our lifetime?

Yes! The NIH (National Institute of Health) already has a big EBV vaccine program under virologist Jeffrey Cohen. Already the NIH have developed three vaccines and have started testing two of them.

Then there is the Moderna mRNA vaccine which is in Phase 1 trials. I would not be surprised if BioNTech also get involved – which would be great. The more competition, the better.

How long before we see a vaccine?

I think we will be getting an EBV vaccine out to the general population just shy of a decade away – say 6, 7 or 8 years away.

Why can’t it be as quick as the Covid-19 vaccines?

The reason the Covid vaccines developed so rapidly is that governments de-risked them, gave large chunks of funding up front and allowed companies to do the phases of testing in rapid succession and in some cases in parallel. That sense of urgency won’t be there for an EBV vaccine.

Do you see any problems rolling out the vaccine?

What about people with MS already?

If EBV is shown to continually drive MS, then clearing the body of EBV will treat MS by sending it into remission – and the person would be in inverted commas ‘cured.’

What we need is an anti-viral strategy. To be fair, we already have some: the anti-CD20’s like rituximab, ocrelizumab and ofatumumab are pretty potent anti-EBV drugs. We have circumstantial evidence these work by targeting the B-cells where the virus resides. But what we have yet to show that they work by suppressing EBV vs changing the immune system.

I’ve heard talk in MS circles about Atara and ATA188. Can you explain?

Prof Michael Pender from Australia is working with Atara Bio, a US company to develop engineered T-cells which could potentially eliminate EBV in people with MS. At the moment they are completing their Phase 1 safety study and are about to start testing them in a Phase 2 clinical trial designed to tell us if they are effective or not.

The development programme will take years and I don’t see this sort of cellular therapy being available for another five years or more.

This interview has been condensed, edited and checked by Prof Giovannoni.”

EBV is the world’s most prevalent virus – infecting more than 90% of the human population. It’s the primary cause of infectious mononucleosis (IM) also known as glandular fever, or the kissing disease.

Getting the virus also increases the risk for some auto-immune disorders such as lupus, MS and rheumatoid arthritis. It also accounts for about 1.5% of all cancer cases worldwide.

The discovery of the virus is fascinating. In the late 1950’s surgeon Denis Burkitt, working in Uganda, noticed children with jaw lesions. In London, on home leave, he delivered a lecture on this fast-growing lymphoma – which virologist Anthony Epstein attended.

Interested, Epstein asked Burkitt for tumour samples to be sent to him. Working with Yvonne Barr and Burt Achong, they discovered EBV in lymphoma cells in 1964.

In 1973, Epstein and Achong proposed a rationale for developing an EBV vaccine. Because the virus was not considered “life-threatening”, interest and investment in creating one has not been very high. Until now…

Disclaimer: The opinions expressed here are those of the author and nobody else.